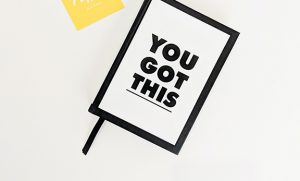 We are living through extraordinary times. Confined to our homes, isolated from our peers, neighbors, and colleagues, and bombarded by an unending stream of negative news regarding the economy, deaths, and infections, it can feel particularly difficult to muster up an optimistic outlook or a positive attitude. But it is precisely in times like these when prospective investors and the general public is hungriest for upbeat messaging. One need look no further than the skyrocketing demand for “good news,” and ballooning subscriber counts for John Krasinski’s brand new “Some Good News” channel on YouTube to see this bad news fatigue phenomenon in action.

A touch of humor goes a long way

What does this mean for financial marketers? There is tremendous power in uplifting, positive messaging. By using a light, humorous touch and providing your audience with an opportunity to smile, you’re offering a break from the tsunami of bad news, and a possibly much-needed mood lift. At Arro, we tried our hand at this with an April Fools press release about a toilet paper ETF, and received a very favorable response. At the same time, it’s important to strike the proper balance and not appear insensitive—there are many people with loved ones who have died, many others who have lost their livelihoods or have gotten sick. When attempting humor, it’s critical not to make light of other people’s hardships.

Be sure to also read our Guide on Connecting with Retail Investors.

Since so many people are feeling isolated in these trying times, it can be useful to lean into a certain familiarity or intimacy, taking a somewhat more conversational tone in investor communications such as email blasts or blog articles.

It’s also important to steer clear of political hot button issues or controversy. In these uncertain times, guidance from public health officials and politicians can change at a moment’s notice as more information emerges, and in most positive messaging, it doesn’t make sense to engage in these debates. Rather, stick to what you know best.

Focus on the bright future ahead

It’s no secret that things look grim in the present day, but we also know that sometime, eventually, the sun will come out again. Companies and brands wishing to connect with bummed-out investors would do well to focus on the future, and the potential return to normalcy. No one knows exactly when there will be the ardently desired return to the way things used to be, but especially for positive messaging, this can be a potent focus, and a way to orient your audience in a positive state of mind.

In these trying times, many investors are feeling isolated and overwhelmed by the unfolding pandemic. By leaning into positive messaging, brands stand a better chance of connecting with their target audience, lifting spirits, and ultimately helping the recipients choose positivity. At the end of the day, we could all use some optimism right now.