The Right and Wrong Ways to Create Press Releases 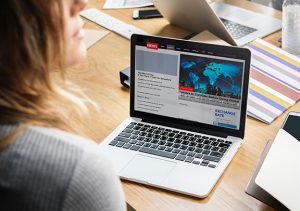 Press releases serve a necessary and valuable function as part of any ongoing marketing or public relations campaign, but it’s important to use this powerful tool in the correct ways, in service of appropriate goals.

What is the goal of a press release?

Before you begin drafting a press release for your firm, you need to first understand what press releases are intended to accomplish. Although some lower-tier publications sometimes do publish press releases verbatim, it is important to keep in mind that press releases themselves are not news articles; rather, they are informative reports intended to alert the press to important developments at your company. A truly successful press release will pique a reporter’s interest enough that they will reach out to your spokespeople for further information and write a story about it.

Related: How to Give a Killer Interview to the Financial Press

What is “worthy” of a press release?

A revolutionary new product line, a charismatic new CEO, a major partnership with another firm—these could all be worthy of press releases. New hires to minor roles, an internal reorganization or a company rebranding might not make the cut. Although it may certainly be important to your company and its employees, not everything your company does is worthy of a press release. While it’s ultimately a judgement call which company developments warrant a press release, and which do not, the phrase “less is more” certainly applies here—journalists will tend to go numb to your press releases if they are sent out regarding trivial and newsworthy stories alike.

Press releases are not PR pitches

Although press releases are undoubtedly important tools in a public relations toolkit, they are not the same as pitches. If you have insightful expert commentary to share regarding developments in the news cycle, those thoughts should be rolled up into a pitch and sent to relevant reporters—not drafted up into a full-blown press release.

Reporters are busy people operating on tight deadlines. If they open up your press release at all, they may only skim the headline and the first few paragraphs just to get the gist of it and decide if it is actionable. As you draft your press releases, it is incumbent on you to make sure you hook readers as soon as possible with a descriptive, exciting headline and an introductory paragraph the provides the critical details of the story: who, what, where, why, when, and how.

This means identifying the most important details of your story ahead of time and front-loading them in the press release. Of course, you won’t be able to include every nuance of the story you’re sharing in the rest of the press release, but you’ll be able to help the reporter decide if the rest of this press release is worth reading or not. If you wait until the third paragraph to share your bombshell announcement, it may never get read and the reporter may have moved on to another release or pitch.

Include an “About [Company Name]” and your contact information

The world is a big place, so it’s possible a reporter may have no idea who you or your company are. Save them the trouble of googling it by including a brief summary of who your company is, a brief biography of any spokespeople quoted in the release, and, perhaps most importantly, a press contact if they want to learn more.

You can do it!

Press releases should be relevant, timely, carefully-crafted, and not released too often. So long as you front-load your releases with the most important information and don’t waste reporters’ time, you stand a good chance of turning your press releases into interviews, media mentions, and positive news coverage.