How Does Financial PR Work, Exactly? 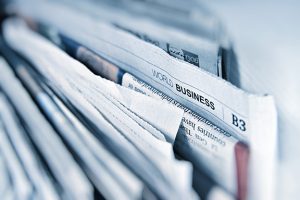 From the outside looking in, financial PR can sometimes feel like an act of alchemy. How does your name and opinion on an evolving story end up published in the news? And what is that worth, anyway? In this article, we take a closer look at how financial PR works—what are talking points, exactly? What’s newsworthy? And how can you harness the news cycle for your company’s advantage?

Public Relations can sometimes seem like a dog chasing its tail. You spot a salient development in the news, you develop talking points related to this topic, you pitch them out to journalists, are (hopefully) interviewed, and suddenly your point-of-view has become part of the news: then the cycle repeats. In other words, the news cycle is where all PR starts, and where all successful pitches end up.

It’s important to keep a close eye on developing stories in the news that you or your spokespeople can effectively, authoritatively comment on, so that when something relevant crops up, you’re ready to get your talking points in order. It’s also worth pointing out here that on rare occasions, you or your company might be the news, but it’s important to be sparing in trumpeting out your own internal company developments: although they may be newsworthy to you, it may not necessarily be newsworthy to the general public.

See also: You Landed a TV Interview! Now What?

So a relevant story has shown up in the news cycle. What now? It’s time to think carefully about what your (or your spokesperson’s) point-of-view is on this story: what is your opinion? The best talking points are strongly opinionated, elegantly articulated, and uniquely attention-grabbing. Contrarians often can grab the spotlight: “Here’s why everyone is wrong about the yield curve inverting.” If you don’t have a strong opinion about what’s going on in the news, then it’s usually not worth pitching out to a reporter. Keep in mind that your talking points should speak to your expertise and authority on what your company is involved in. For example, if you work mostly with fixed income, then you probably don’t want to be commenting in the media about equities.

Your pitch to a journalist should incorporate your spokesperson’s talking points in an easy-to-read format that accurately summarizes the main idea. An eye-catching subject line is an absolute must, as journalists are routinely bombarded with hundreds of pitches a day. Your pitch should be crafted from the point of view of seeking to help a journalist out with an article. The goal of the article is not to boost your company’s stature but to provide important information to readers.

You’ll need to figure out the potential recipients of your pitch, which means it’s time to compile a list of media contacts. You can put this together manually, which can be a bit time-consuming (to say the least), or you can subscribe to a database of media contacts, which can save PR people a lot of time, but can be somewhat expensive depending on the individual database. At this stage it’s absolutely key to make sure that the journalists on your media lists are actually relevant to your spokesperson, their expertise, and the specific pitch you’re sending out. This helps ensure that you’re not wasting journalists’ time; you don’t want to be sending a pitch about energy ETFs to a reporter that specializes in ESG, for example.

Send Out the Pitch and Wait for the Interviews to Come Rolling In!

Once the media list for your pitch is all set to go, you send out your pitch and wait for the interview requests to come rolling in! More often than not, your first pitch may not come back with any opportunities—that’s okay! Public relations is an inexact science; some days you may be unlucky and catch reporters at a bad time. Or another breaking news story might supersede what you thought was a huge deal in the financial press. It’s also possible your spokesperson’s talking points weren’t as compelling as you thought, or your pitch was inelegantly written. But as the old saying goes, you have to try, try again.

With persistence, follow-up emails, and a healthy sense of humility, your next pitch, or the next one, or the one after that will result in an interested reporter replying that they’d like to speak to your spokesperson. Score!

Your spokesperson’s main job at this point is to be as useful as possible to the reporter. Although it’s easy to forget this essential fact, reporters do not work for you; they’re under no obligation to publish anything you say. A reporter’s job is to file the best story they can on a given topic, before their deadline. If your spokesperson can help a reporter write a better story, then it’s likely they’ll reach out in the future. So how can a spokesperson be useful to a reporter? They need to be knowledgeable on the subject (of course), articulate, reliable (speaking to the reporter when they say they will), and opinionated. Reporters are constantly on the lookout for juicy nuggets of information—highly quotable opinions that can add some spice to a humdrum story. Spokespeople that hedge and do not speak directly and forcefully about their point-of-view are not necessarily as helpful to reporters. Naturally, when it comes to finance, it’s understandable that spokespeople may want to play it safe, but this desire to be conservative in one’s opinions needs to be balanced against the need to be useful to the reporter.

Your Spokesperson Appears in the News (Maybe)

After the interview, the reporter should quote your spokesperson in their article, right? Not necessarily. Reporters may speak to several potential sources as they gather information for their stories, and as they draft their story, they choose not to quote anyone, or they may quote a different spokesperson altogether. Unfortunately, there is not much you can do to influence a reporter’s decision on whether or not to quote a spokesperson. It may take several conversations or interviews with a reporter before they end up quoting your spokesperson. As with many things in PR, there are no guarantees. But, eventually, with persistence and a little luck, your spokesperson’s quote will appear in the news, in print, online or even on TV. Now what?

It’s hard to quantify the value of a mention in the press, but over time, these mentions will help bolster your firm’s credibility, reputation, and stature. The “social proof” that a third party publication provides can also help is also of incalculable value, especially as media appearances compound and your firm’s public profile continues to rise.

Financial PR: it’s a tricky, high-touch business, but with the right attitude, dedication, and patience, it can make all the difference.