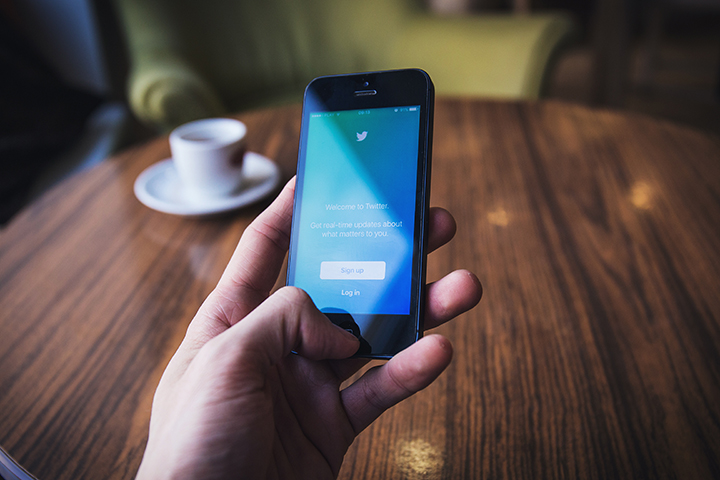 It’s become something on the order of prevailing wisdom in the financial world that ETF issuers should be “on Twitter.” Putting aside for a moment the question of whether or not social media posts actually lead to AUM growth or new leads, or whether it is appropriate for every situation, we believe it’s worth taking a closer look at what it actually means for an ETF issuer to use Twitter: how often should one post? What does an ideal social media post look like? And what do the metrics tell us about the most successful and prolific ETF issuers on social media?

Before we dive into ETFs specifically, it’s useful to survey the social media landscape for the sake of context. A very thorough report by Hubspot on social media usage focused on some common myths and misconceptions surrounding social media usage, some of which appear unfounded. For one, the report found that posting more often does not necessarily translate into more user engagement; there was an unclear correlation between the two. What did translate into greater user engagement was a higher number of followers—in other words, following size “is a better predictor of engagement than post frequency.” Different industries see varying correlations between posting frequency and post engagement. For example, in Real Estate, the greater the frequency of posts, the fewer engagements, whereas in Retail, the trend is reversed, and greater quantities of posts are rewarded with more engagement.

What does all this mean for ETFs? We compiled and pored through the data on 53 ETF issuers on Twitter and crunched the numbers. On average across the industry, ETF issuers tweet roughly twice a day. Of those roughly 14 tweets per week, fully half include images or media of some kind. Now of course there is a wide variation between different issuers’ respective approaches, but this says a lot about what sort of effort it will take if your firm is looking to enact some kind of social media strategy on Twitter. 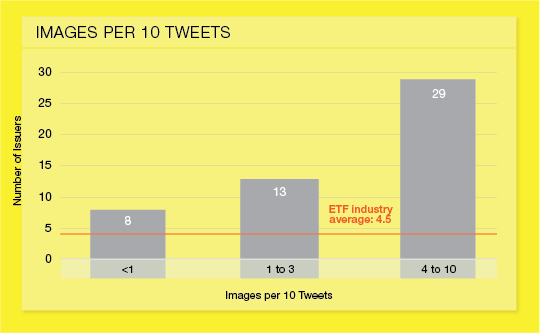 For those issuers questioning whether an intensive Twitter effort will lead directly to increased AUM, the connection is tenuous at best. The ETF issuers with the highest number of Twitter followers include Citigroup (#1, with 887k followers), Deutsche Bank (#2, with 668k followers), and Goldman Sachs (#3, with 596k followers), however these companies are not just ETF issuers but large banks with a wide variety of other products and services, and so this may not constitute a true “apples-to-apples” comparison with other companies that are strictly in the ETF business.

In fact, Blackrock, the largest ETF issuer in terms of AUM ($1.05 trillion), has just a fraction of the followers (191k) of Citigroup, Deutsche Bank or Goldman Sachs; while the #2 largest issuer by AUM, Vanguard, boasts $666 million in AUM with 238k followers. There is clearly some correlation, but it’s far from perfect. For an extreme example, you need look no further than Exchange Traded Concepts, which boasts an AUM of some $2.4 billion, but has only 91 Twitter followers. In other words, social media and Twitter can certainly help, and are undoubtedly valuable tools in your marketing tool box, but they are unlikely to boost AUM on their own. Social media needs to be viewed as a complementary strategy, a medium to be coupled with your digital marketing and content generation strategies.

Is your company too late to the Twitter party? It’s unlikely. Although some of the oldest ETF issuer Twitter accounts date to circa 2006-2008, the average age of an ETF issuer’s Twitter account is just 6 years. If you’re ready to commit to a post or two per day, along with images, it’s time to get your social media strategy in gear and jump aboard the Twitter train!